Yes, UV light can generate ozone, but only under certain circumstances and wavelengths.  Ozone generation from UV light typically happens below 240nm by interrupting the bond of oxygen molecules causing two separate oxygen atoms.  These separate atoms then become attached to other naturally occurring oxygen molecules causing ozone or O3. It is important to know that within the vacuum UV or UVV level, between 100-200nm, that prime ozone generation will occur especially at the UV wavelength of 185nm, which is significantly lower than ALL Steril-Aire UVC products. Steril-Aire’s products are expertly engineered to produce a UVC wavelength at 253.7nm which does not create ozone and provides the most optimal germicidal effects! Utilizing the same wavelength of 253.7nm, which is a peak value for ozone destruction, Steril-Aire UVC products actually degrade the O3 molecule into safer inert gas.

Steril-Aire UVC products are considered a “subtractive technology” by ASHRAE & US Green Building Council, meaning that our products: “Remove or inactivate targeted contaminants from indoor air when they come in contact with the technology (filters, UV light)”.  In other terms, Steril-Aire UVC does not add anything back into the air we breathe, unlike bipolar ionization, needle point discharge or plasma solutions. US Green Building has stated that, “Ozone, oxygen free radicals, reactive oxygen species (ROS), volatile organic compounds (VOCs, including aldehydes like formaldehyde), or ultrafine particles can be produced deliberately by electronic air cleaners or unintentionally as a result of the chemistry occurring in the air. Exposure to these compounds might contribute to respiratory diseases, cancer, and auto-immune disease (see, for example, research published in Environmental Health Perspectives, the International Journal of Hygiene and Environmental Health, and the Indian Journal of Clinical Biochemistry).

Some UVC devices also produce light in the ozone generating wavelengths. The manufacturers of these devices promote UVV as an added tool for IAQ control, saying that UVV attacks microorganisms, chemicals, and odors. While this may be true, it is important to understand that UVV (unlike UVC) will also “attack” occupants in treated spaces by adversely affecting human lungs! The American Lung Association states that “exposure to ozone causes a variety of adverse health effects, even at levels below the current standard.” and the Food and Drug Administration (FDA) says: “In order for ozone to be effective as a germicide, it must be present in a concentration far greater than that which can be safely tolerated by man and animals.” The longer (253.7 nanometers) wavelength of UVC light, by contrast, provides highly effective air and surface disinfection without producing any harmful ozone.

The materials and methods of UVC lamp construction determine whether a given UVC device will produce both UVC and UVV light or only the safer, more effective UVC wavelength.

Steril-Aire UVC devices do not produce UVV or ozone. 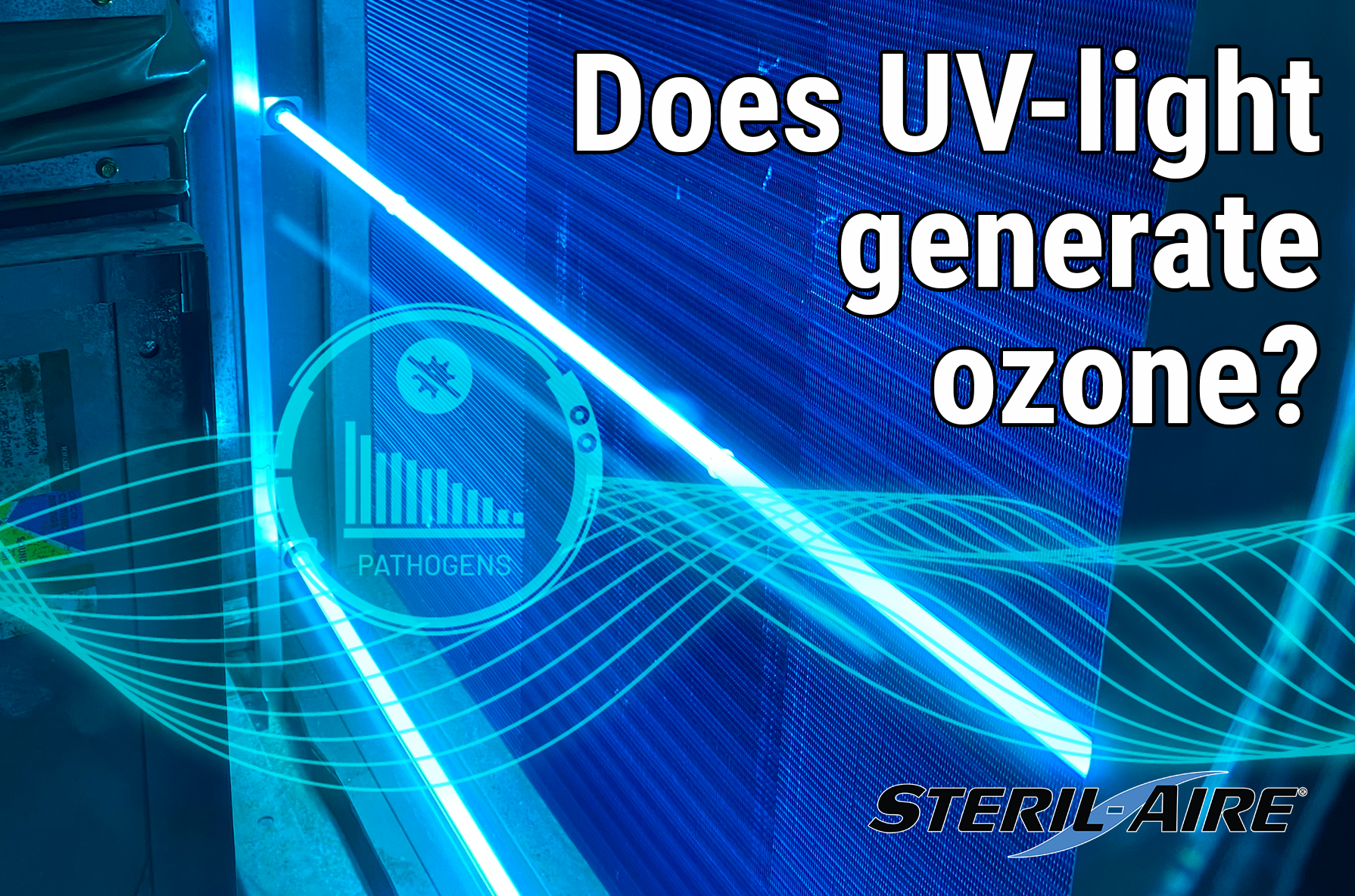